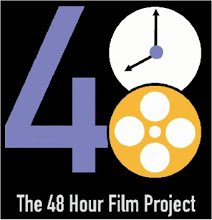 The 48 Hour Film Festival Project’s mission is to advance film making and promote filmmakers. Through its festival/competition, the Project encourages filmmakers and would-be filmmakers to get out there and make movies.

During May – June 2014 Albania Sustainable Development Organization (A.S.D.O) has been selected by the Ministry of Culture to organize the activity called: “The 48 Hour Film Festival”.

The tight deadline of 48 hours puts the focus squarely on the filmmakers—emphasizing creativity and teamwork skills. While the time limit places an unusual restriction on the filmmakers, it is also liberating by putting an emphasis on “doing” instead of “talking.”

It is a wild and sleepless time in which participants have a blast making a movie. All writing, shooting, editing and scoring must be completed in just 48 hours. All the masterpieces that were created, have been shown on the big screen of Tirana’s Theater!